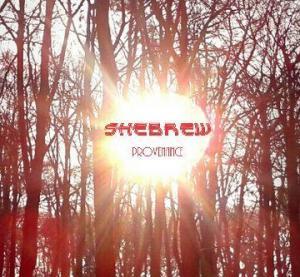 Birmingham has been known as the cradle of Heavy Rock and Doom ever since four working-class kids called themselves Black Sabbath, sending an unending echo upon any Band deriving from their fair city. Call it a burden or a great challenge.

Guitarist/Vocalist Francis Anthony, Bassist Glies Preene and Drummer Kieran Sheridan are willing to take this challenge and prove their own version of Stoner and catchy Doom. The atmosphere conceived is filled with a striking flower-power vibe, which reminds me of Blind Melon’s “No Rain” – specially Francis’ vocals are somewhat alike those of the late Shannon Hoon. And for anyone who at least checked Shebrew’s Facebook Page, this is no surprise. The amount of roaring overpowers those of the Masters Of Reality, considering the fact that in all five songs of Provenance there is not a single string that stays undistorted. Still this makes we wonder if they used a vocal harmoniser…till I’m told better, I will just believe this voice comes out all natural.

The Band itself describes the vocals as “journalist/reviewer confusing”, something I clearly disagree on. I am not confused, I’m intrigued! Finally I found something labeled as “Stoner Rock” that not only focuses on all other instruments, but has some memorable vocal cords. All this makes it hard to point out one song to recommend, so I urge all of you to listen to the entire recording. NOW!