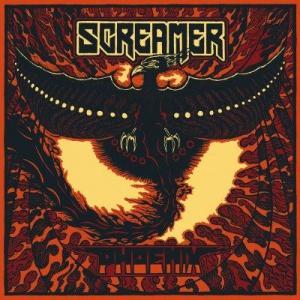 Having a reputation to be one of the hardest touring (demo-) bands in Sweden, SCREAMER are not far from having the same things going on within the recording sector. The debut of the four musicians from Ljungby and Malmö called “Adrenaline Distractions” was delivered on the memorable date of November 11th, 2011 via german label High Roller Records. Hardly two years later the new records “Phoenix” is out for about a month now. With more than 100 shows played in both Sweden and the rest of Europe, including their first headliner tour in 2012, one might wonder if SCREAMER are able to maintain the quality standard set on their first album, or if all this touring like crazy could result in weaker songwriting – but the nine tracks on “Phoenix” couldn’t be any further from all this.

“Demon Rider” is the opener and is one hell of a demonic ride! Get’s to me right from the start and almost forces me to push the repeat button on my player – good thing this is impossible at a live show, otherwise I would turn a whole show into an endless repetition of that very track. “No Regrets” and “Slavegrinder” keep the uptempo constantly going, turning this first third of “Phoenix” into a neckbreaking scenario. With “Far Away From Home” comes a first respite, but still no reason to put aside them airguitars – specially the polyphonic chorus parts and duel guitar-soli convey a full and mature sound. Track number five “No Sleep ‘Til Hamilton” becomes even more intense once you know the story behind it, telling how vocalist/bassplayer Christoffer Svensson, guitarists Anton Fingal and Dejan Rosić and drummer Henrik Petersson were “stranded” on tour, having no place to stay for the night. This might be a momentum taking away the romanticism and glory many imagine about being on the road…

The title track “Phoenix” speeds things up again and concerning the lyrics makes a possible connection to the experience the band is dealing with in the previous one. After a short and truly powerful resurrection, the final part of the album takes a bit of a slower but no less forceful turn with the introduction of one “Mr. Noman”, whereas the “Red Moon Rising” offers a final glimpse of fast shredding. Concluding their second full-length album, SCREAMER tell the story of the “Lady Of The River” in a seven and a half-minute cascade. The epic quality for sure won’t decelerate the power of its predecessor, leaving enough room for headbanging one last time. 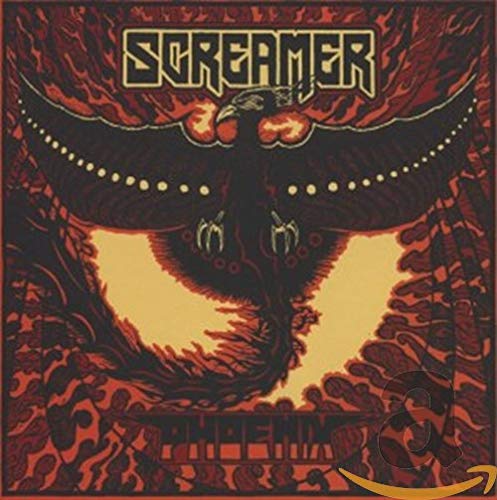 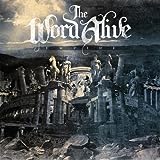