Heavy Glow Mine All Mine (2013) - ein Review von Psychorizon 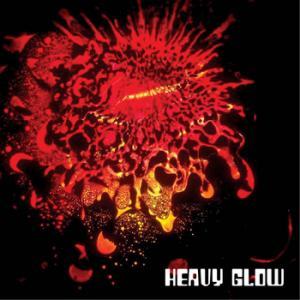 The latest 7″ clearly combines a magnificent cocktail of everything HEAVY GLOW stands for: The Do-It-Yourself spirit resulting in the bands’ own record label Purge Records LLC. Out of the garage straight into the L.A. sun “Mine All Mine” takes us with its uplifting chorus and climax-reaching structure. The polyphonic vocals fit in perfectly well, creating an atmosphere of sound were humans and instruments merge into one being. “Headhunter” is even more intense, causing constant nodding to my neck and the urge to press the repeat button in a perpetual move. And I do confess: I even sang along with the guitar!

Founded in 2008 with drummer Jared Mullins having just moved from Cleveland, Ohio to San Diego, he started posting ads in search for a bassplayer and found Joe Brooks. After Jared switched from drums to vocals and guitar, HEAVY GLOW finally stepped onto the face of the earth. In the fifth year of its creation, HEAVY GLOW has relocated to Los Angeles, has a full lineup featuring drummer Michael Amster and is about to embark its second West Coast Tour. With the first full-length “Midnight Moan” published back in 2011 it is about time for further deeds.