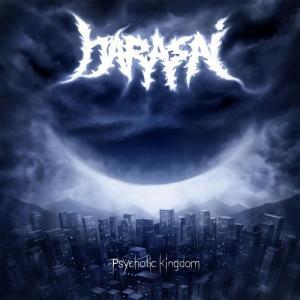 It has been some four or five years since I first met HARASAI. During this time I’ve seen the guys grow and mature – as people, as musicians and of course as a band. Where their first full-length album “The I-Conception” (2010) lead a first professional approach, “Psychotic Kingdom” does not only continue this path but manages to take the band to a far different level. Knowing HARASAI for quite a while now, I can tell how hard and thus long their way was and still is: A working-class band, founded as a school-band. Besides the usual struggle to fund the production of a record, there have been several line-up changes. The current one is the fourth I’ve seen, not to mention stand-in musicians who would be around in the live-sector. Considering all this, it does not come as a surprise that the release of “Psychotic Kingdom” in the end turned into a progress of about three years. The mere concept, title and songs were already set in 2011, as my Interview with vocalist Martin Wittsieker in addition to the liner-notes indicates.
The ten tracks on “Psychotic Kingdom” appear as a coherent unit, where the interplay of lights and shadows, good and bad is reflected in both the musical and vocals arrangements and the lyrics. The mandatory fierceful shredding of guitarists Yannick Becker and Patrick Wassenberg and relentless blasts of Nicolas Becker interact with an almost timid piano as in “Three Kings” and the instrumental piece “Skywards We Fly”, while Martins shouts and grunts are put into contrast with the clean vocals of Bassplayer Arne Laßen, best be heard on “The Art Of The Sun” and “Dying Race Domain”. A first step towards using all available abilities was noticeable made on “The I-Conception” with an acoustic intro (“The Chosen Way…”) and interlude (“The Void Within”) and some polyphonic excursions Martin took along with the guest vocalists. This concept is being expanded on “Psychotic Kingdom” in a most conductive manner, primarily using their own resources and hereby proving that they have worked their way up to professionally operating musicians.

The lyrical idea that Martin elaborates on “Psychotic Kingdom” calls upon mankind to awake ones mind, to start thinking, reflecting and questioning, to not blindly accept the world as it is and to create a world for ourselves, each of us, one by one. It is a very critical tone that dominates the atmosphere of this album and connects the songs, but as shadow and light can only exist with one another, there is a spark of hope to be found in all this modern age mess. The main downside to this album, as it is the case on the previous one as well, would have to be the loss of a certain amount of guttural or even snotty roughness Martins vocals undergo, at least in my opinion. HARASAI is and always has been a live band, so get your ass out there and join the band for some live action! 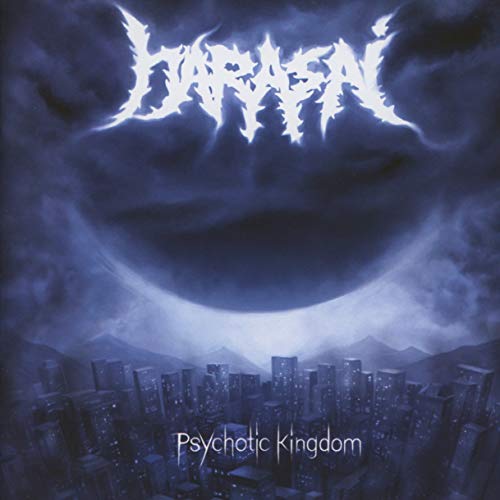