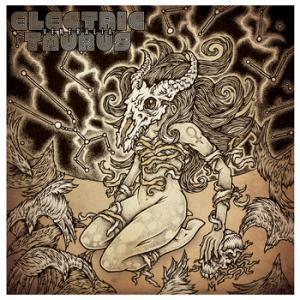 When it comes to dancing Stoner Rock might not have that many bands to offer, irish power trio ELECTRIC TAURUS make somewhat of an exception. The six tracks of their current album “Veneralia” are driving by an overdose of fuzz, grumpy vocals and groovy basslines – something to nod year head, band your head and even swing your hips to.

Apart from the all so melancholic majority of a scene with not so strict borders, ELECTRIC TAURUS manage to play an uplifting sound that takes some of the wintry darkness from my head and let’s the idea of spring echo through distorted strings. Could this be the layer of divine tunes from the past such as CREAM, JIMI HENDRIX, GRAND FUNK RAILROAD or even BLUE OYSTER CULT shimmering through the digitally encoded sonority?

Not quite the soundtrack of the revolution BLUE OYSTER CULT sometimes is referred to, but refreshing enough to enjoy at any season. With their debut “Veneralia”, ELECTRIC TAURUS shall mark their spot beyond the borders of Dublin.